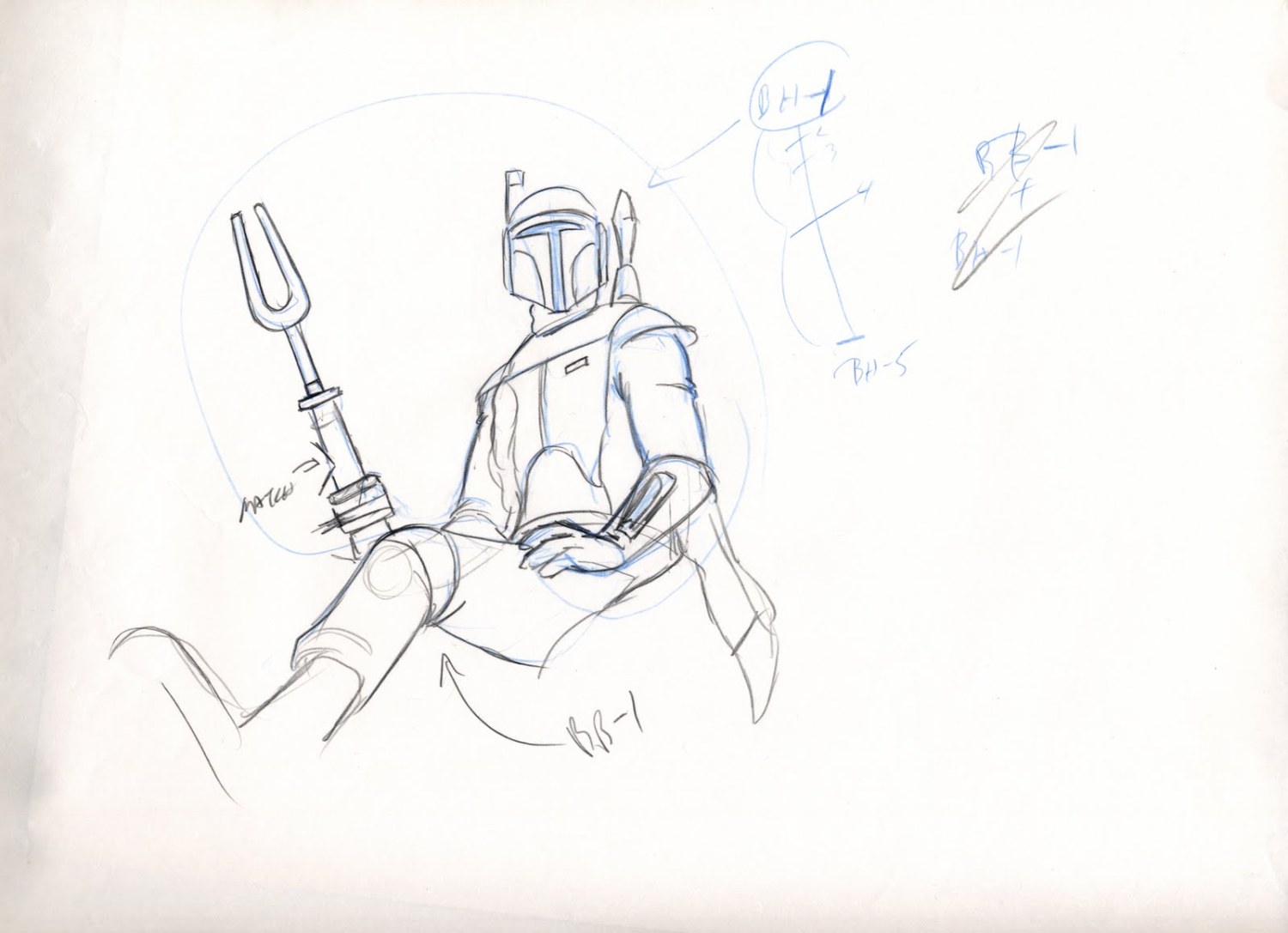 In 1978, young animator John Celestri was given the assignment to animate a new character in the emerging Star Wars universe…Boba Fett the Bounty Hunter. The character was to appear in the animation sequence midway in the Star Wars Holiday Special. Young John enjoyed developing and animating the mysterious Boba Fett, so he decided to save and keep his initial rough animation pencil sketches that he would normally toss into the waste paper basket to be picked up with the other garbage….. John now shares these drawings with you.